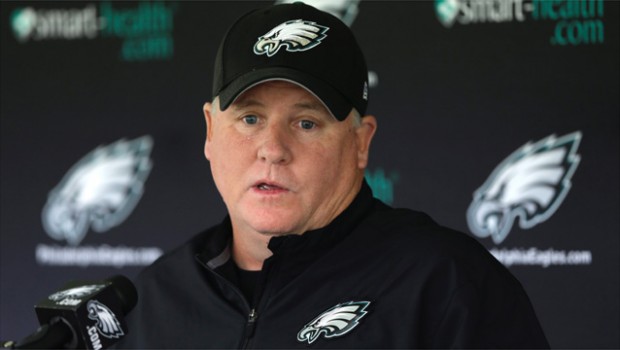 CHIP GOES BACK TO COLLEGE! A NEW EAGLES COACH FROM PRINCETON

As we head into the NFL off-season, you really do need a scorecard to tell who the Eagles’ coaches are. Two of the moves involve changes in responsibilities for members of the 2014 staff and there’s one new addition joining the team. Stephen Thomas (left) has been hired away from Princeton to become the team’s new defensive quality control coach.

Thomas worked with the inside linebackers at Princeton for the last three seasons. One of his charges, Mike Zeuli, was named the Ivy League’s defensive player of the year in 2014.

Thomas will take over for Michael Clay, who will make the move to assistant special teams coach this year. Clay played linebacker for Chip Kelly at Oregon and started his coaching career after failing to make the Dolphins in 2013.

He’ll take over for Matthew Harper, who makes the move to assistant defensive backs coach. Harper also played for Oregon and was a member of Kelly’s coaching staff in Eugene before making coming to Philly.