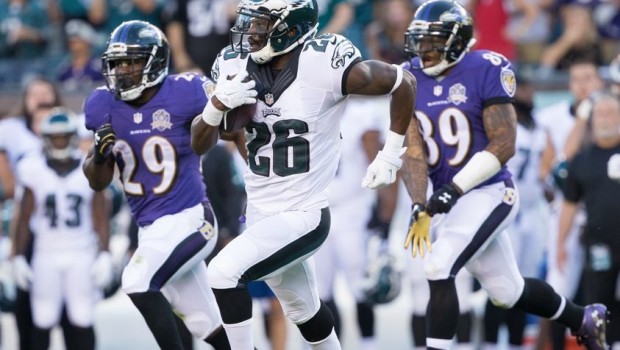 EAGLES’ RETOOLED SECONDARY GETTING HIGH MARKS ALL AROUND!

The Eagles’ rebuilt defensive backfield hasn’t looked merely better this summer. This group is flashing the potential to be one of the team’s strengths, possibly even a force to be reckoned with.

Flacco tried testing new starting cornerback Nolan Carroll on the game’s first series, but the longtime reserve batted away his 50-yard heave to wide receiver Kamar Aiken. Free-agent pickup Walter Thurmond (above) was there as well, with the converted corner coming over from the safety position to collect the deflection for the Eagles.