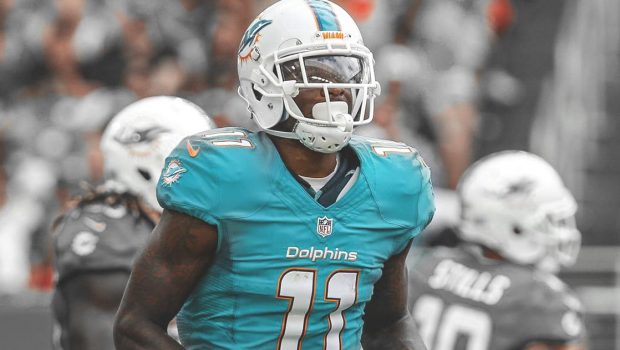 The Eagles obviously need offensive weapons if they’re going to turn around a 3-4 start and make the playoffs this season.

And it seems they have enough running backs, witness the fine performances yesterday by Wendell Smallwood, Corey Clement and Josh Adams in the gut-wrenching 21-17 loss to the Panthers.

So that leaves the wideouts, which makes this report from Armando Salguero of the Miami Herald:

“Yesterday I reported the Dolphins have spoken to multiple NFL teams about a trading DeVante Parker. I’m now told one of those teams is the Philadelphia Eagles.”

There has been much speculation about former Miami Dolphins first-round wide receiver Parker’s future with the team. Parker has been a disappointment since being drafted No. 14 overall in 2015, racking up just 141 catches for 1,948 yards and eight touchdowns in three-plus seasons.

The Eagles have lost Mack Hollins and Mike Wallace to long-term injuries. Although, the return of Alshon Jeffery has helped. He has been productive upon his return following offseason shoulder surgery, making 18 catches for 218 yards with three touchdowns in his first three games of the season.

It remains to be seen if Parker is capable of being a reliable contributor on the reigning Super Bowl champions if he does get dealt to Philly. But for the right price, it would be a worthwhile gamble for the Eagles to take a chance on someone with Parker’s level of talent and upside as they look to successfully defend their crown.