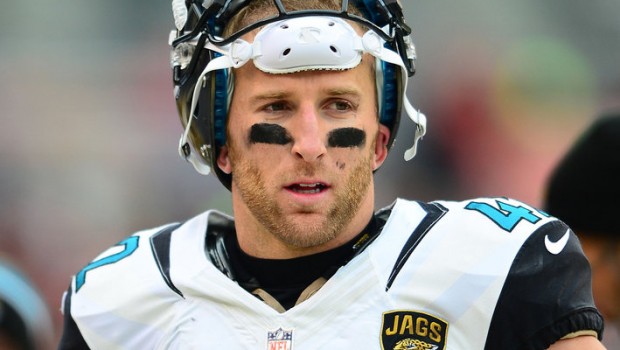 Eagles coach Chip Kelly was insistent during Monday’s post-loss-to-the-Arizona-Cardinals-presser that the team was not going to trade for a safety to help the woeful Nate Allen, who was badly burned for a 75-yard TD that lost that game.

And he was right, but sometimes you have to listen closely to what Kelly says.

Trade was out. Sign a free agent was not.

The Eagles didn’t trade for a safety prior to the NFL trade deadline on Tuesday, but it doesn’t look like that has stopped them from looking for help at the position.

According to Aaron Wilson of the National Football Post, the Eagles are bringing in free agent safety Chris Prosinski for a visit on Wednesday.

The 6-1, 208-pound Prosinski, spent the first three years of his career with the Jacksonville Jaguars before being released earlier this season with an injury settlement.

Considered a special teams ace, Prosinski has appeared in 48 games, starting seven of them. He has racked up 93 tackles, six pass deflections and one interception in his career.

What role the Eagles might want to bring Prosinski in for isn’t clear.

It is hard to imagine they would view him as a potential replacement for current starter Nate Allen, considering he has little starting experience and doesn’t know the Eagles defense. It is possible they have interest in him for his special teams play, and consider him an upgrade on special teams over backup Earl Wolff, a player the team has soured on as a safety prospect.