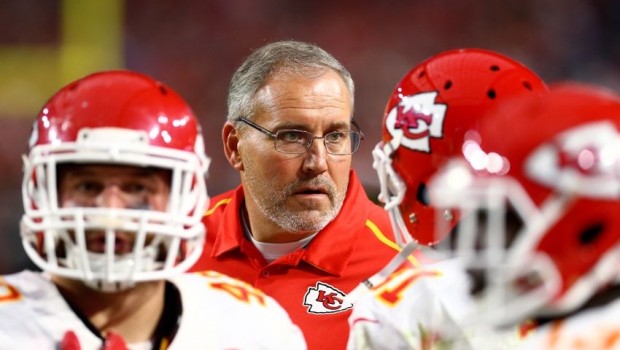 Howie Boy Roseman is back in his corner with his calculator, so the Eagles need a general manager.

And according to Adam Schefter of ESPN — arguably the best-wired NFL reporter out there — the Eagles have requested permission to interview Chris Ballard, the current director of player personnel for the Kansas City Chiefs. However, an NFL source alluded to be CSNPhilly.com’s Reuben Frank, says Ballard is headed to Chicago.

Ballard spent 12 seasons with the Chicago Bears prior to joining the Chiefs in 2013.

Here is a look Ballard’s current responsibilities with the Chiefs, according to his official bio.

Ballard’s name has come up elsewhere, as he is rumored to be a front runner in the Chicago Bears’ search for a new general manager, and has also found his way onto the New York Jets’ wish list (although he declined an interview with the Jets. WHY WOULD ANYONE WANT TO INTERVIEW WITH THE JETS???????).

In addition to Ballard, the Eagles have also reportedly shown interest in Detroit Lions vice president of pro personnel Sheldon White and a member of their own staff in assistant director of player personnel Ed Marynowitz.

The Eagles put themselves in the market for a new general manager last week when they stripped Howie Roseman of his duties, moving him over to a role that focused on handling the salary cap.