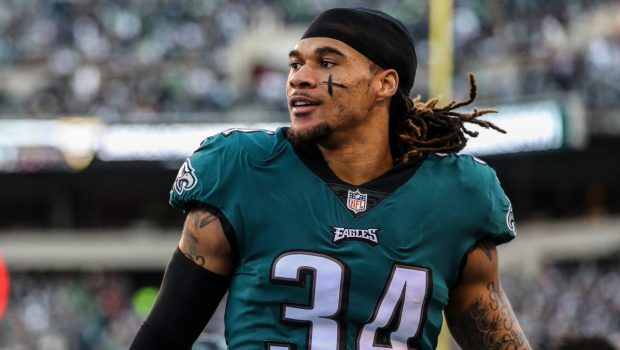 The Eagles have claimed running back Jason Huntley from the Detroit Lions and released cornerback Cre’Von LeBlanc (above).

LeBlanc is a vested vet not subject to waivers and can sign with another team immediately. He could also potentially return after the Eagles place someone on short-term Injured Reserve, which Howie Roseman said would happen.

Acquired off waivers from Detroit, LeBlanc has been a valuable reserve playing in 12 games (five starts) over the past two seasons. He’s also appeared in three playoff games (two starts) for the Eagles registering five pass deflections and an interception.

The 5-10, 190-pound LeBlanc was a rookie free agent signing of the Patriots in 2016 out of Florida Atlantic. He spent two seasons in Chicago starting 10 games and a half-season with the Lions before arriving in Philly.