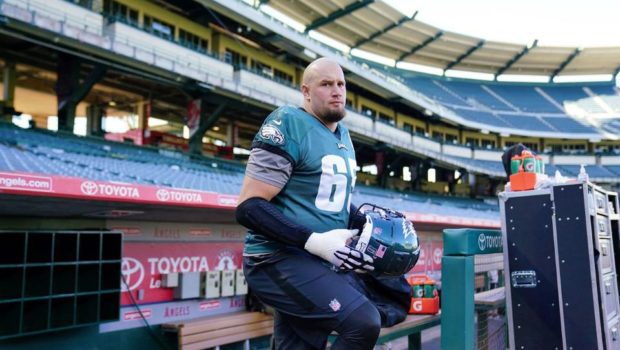 EAGLES ARE REFOCUSED AFTER SUNDAY’S TOE-STUBBING IN SEATTLE!

Eagles running back LeGarrette Blount was real and unfiltered in talking about how his team has taken the sting of last Sunday’s loss to Seattle — just its second of the season — and applied it to a mental realignment of the work that it takes to win again.

Blount and several other players said that during the nine-game winning streak that ended Sunday, they got a little loose with some details on both sides of the ball. The fixes are easy and will be made.

The L to the Seahawks encouraged the Eagles to sharpen their preparation and practice efforts, but it hasn’t necessarily been the course-correcting motivator the Eagles needed on their quest to get to the playoffs. That’s proving to be their opponent this week: the Los Angeles Rams, who are just as eager as the Eagles to show that what they’ve done over the first 12 games of the 2017 season is nothing compared to what they’re going to do down the stretch.

With no one in the NFC East anywhere near catching Philly, the 10-2 Eagles can clinch the division and a playoff berth with a win over the Rams. But that’s a short-term goal. The 9-3 Rams, meanwhile, have to keep winning to keep Seattle (8-4) from overtaking them in the NFC West.

Blount said being isolated in Southern California this week has also helped players streamline their attention, recovery and practice habits.

The Eagles, who opted to stay out west after playing the Seahawks in Seattle last week, have been practicing at Angel Stadium of Anaheim, where MLB’s Angels play. The stadium was converted so that the Eagles have a 100-yard field, with goal posts to boot. They’re staying nearby — and they’re too far away from the Los Angeles nightlife (it’s a little more than 25 miles from L.A. to Anaheim) to engage in it, with Blount adding, “We’re not out there for that.”

The Eagles also are about an hour away from the raging wildfires that are devastating portions of Southern California, including areas near the Rams’ practice facility in Thousand Oaks. In fact, Ramsplayers had to adjust Wednesday’s workout to stay out of the poor air conditions created by smoke and debris. Incidentally, the team that seems most put out by the unfortunate fires isn’t the one staying and practicing in temporary conditions nearly 3,000 miles from home.

There didn’t seem to be any concern by either team or the NFL that the fires or air quality will affect the game being played near downtown L.A. at the Coliseum, although the situation is being monitored.

The biggest storyline — before, maybe during and after the game — will be the matchup of second-year QBs Jared Goff of the Rams and the Eagles’ Carson Wentz. The respective No. 1 and No. 2 overall picks of the 2016 NFL Draft have shown incredible growth and success this season. Each has said that’s largely based on having an entire offseason and ensuing regular season getting starter’s reps at practice under creative and offensive-minded head coaches.

Wentz is a real MVP candidate, having thrown for 3,005 yards, 29 touchdowns and just six picks with a 102 passer rating. Goff has 20 TDs and six interceptions, but he’s thrown for more yards than Wentz (3,184).

It’s the first meeting between the two pre-draft training partners and, according to Wentz, friends. The only thing Wentz is downplaying is the QB vs. QB showdown. He understands the magnitude of this game — and his team’s true focus.

“We’ll be forever linked because of the draft and everything,” Wentz said. “We’re both excited for this game and just for those matchups in the future. At the end of the day, they’re a great football team, and so are we right now, so there’s a lot riding on this one.”