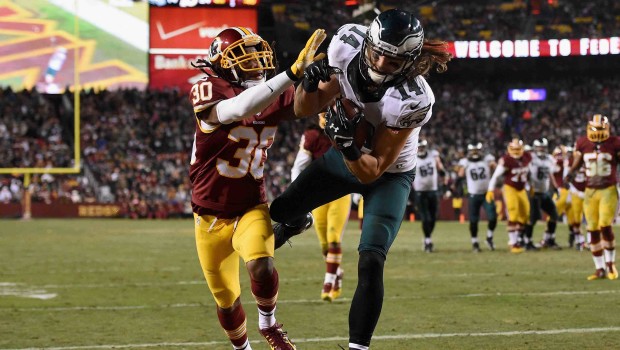 EAGLES-REDSKINS ON SATURDAY NIGHT IS THE DESPERATION BOWL!

Let’s call it for what it is:

Saturday night’s Eagles-Redskins game at the Linc should be called the Desperation Bowl.

The Redskins and Eagles both are fighting for their playoff lives. With a win, the Redskins lock up the division and earn a playoff berth.

But if the Eagles win, they take over first place in the division, and Washington would need a victory at Dallas and a Philly loss next week against the Giants to win the NFC East.

Expect to see two teams playing with an extremely high sense of urgency. In their first meeting, it took a game-winning drive directed by Kirk Cousins for Washington to win. Will this game come down to more late-game heroics?