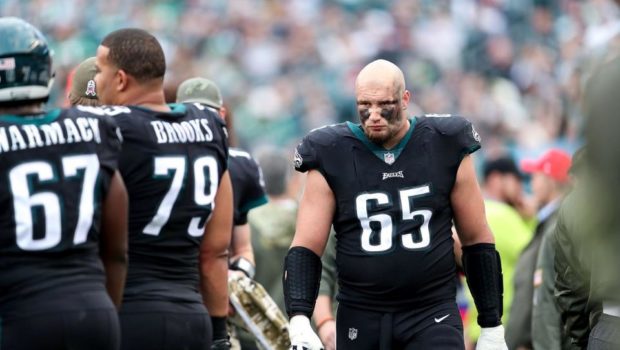 EAGLES HAVE BEEN RED ZONE SUPERSTARS IN 2017!

One of the biggest differences between the 2016 and 2017 Eagles has been their performance in the red zone.

It wouldn’t be surprising to see teams with great offensive lines like the Cowboys, Eagles and Raiders ranking toward the top of the red zone charts.

The Cowboys were second in points scored per red zone trip last season, but the Raiders were 11th and an Eagles team missing Lane Johnson (above) for most of the year was 22nd.