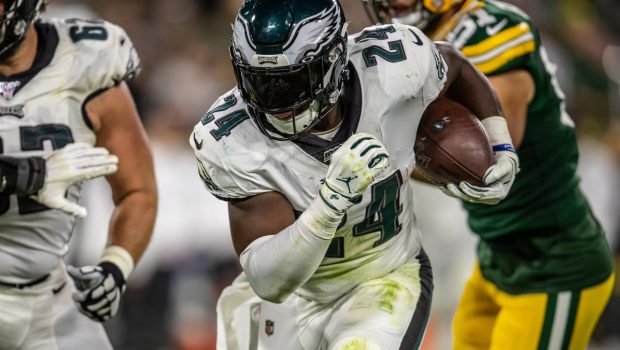 The Dolphins cut running back Jordan Howard yesterday, and the veteran running back immediately met with the Eagles, Field Yates of ESPN.com tweets.

Howard is expected to sign with the Eagles on a practice squad agreement, according to NFL.com’s Ian Rapoport.

Should he navigate COVID-19 protocols, he will be eligible to practice with the Eagles next week. Given Howard’s history with the team, he should not have an issue reacclimating.

Howard landed an ultimately unsuccessful (for the Dolphins) two-year deal based somewhat on his 2019 performance as an Eagle. The Eagles acquired Howard from the Bears last year and used him as a starter. The fifth-year back, however, has experienced a brutally ineffective 2020.

Howard’s Dolphins stay ended with a 1.2 yards-per-carry average (33 yards on 28 totes). The Dolphins made him a healthy scratch at one point and moved on in the form of a Monday cut. As expected, no team claimed Howard’s contract.

The Eagles have a recent history of circling back to running backs. They signed Jay Ajayi a year after an injury ended his first Eagles tenure and re-signed Corey Clement after non-tendering him as a restricted free agent this year. Clement is currently on Philly’s reserve/COVID-19 list.

Howard surpassed 1,100 rushing yards in his first two Bears seasons but was less effective in Matt Nagy‘s scheme in 2018, prompting the Bears to trade him in the ’19 offseason. With the Eagles, Howard bounced back by averaging 4.4 yards per carry and rushing for six touchdowns in 10 games.