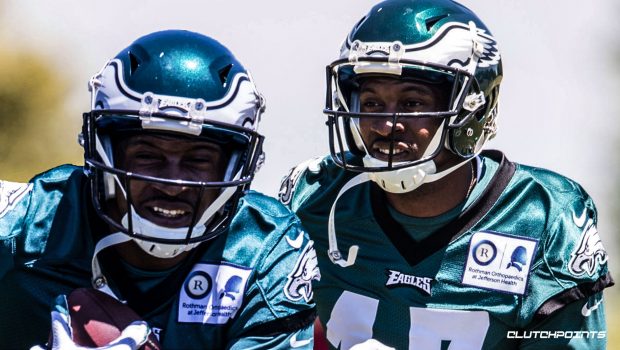 While the Eagles were busy yesterday preparing for today’s Redskins game at the Linc, big boss Howie Roseman was tweaking the Birds’ salary structure.

Alshon Jeffery was set to make $11.75 million in 2019 but the team converted most of it into a signing bonus. Additionally, they are giving $11.5 million in guaranteed money to the receiver for 2020.

Prior to his restructured contract, Jeffery didn’t have any guarantees in 2020. By giving him $11.5 million for the 2020 season, that almost ensures that the veteran receiver will remain with the team through next season.

This gives Roseman more money to work with if he pleases. Could the Eagles be plotting on making another move to their roster this season? Perhaps a move for Melvin Gordon is in the works?

To begin the offseason, the Eagles had little to no cap room to work with. It wasn’t an ideal situation considering that they needed to get a deal for Carson Wentz done. Roseman was able to work his magic and restructure contracts with players like Lane Johnson and Jason Kelce (among others) to free up some money.

Furthermore, they brought in Malik Jackson, DeSean Jackson, and Zach Brown. On top of all of that, they were also able to sign Wentz to a long-term extension.