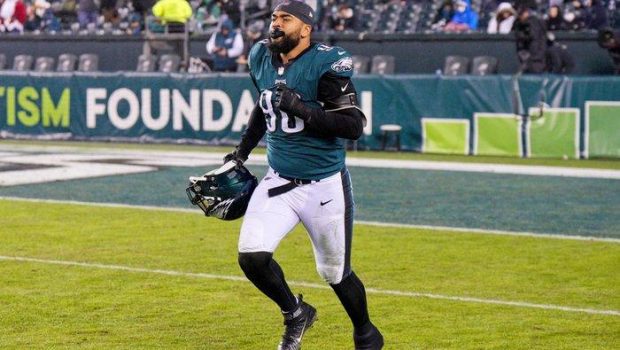 The Eagles have re-signed defensive end Derek Barnett, their top draft pick in 2017, to a two-year contract.

Barnett has been a disappointment for most of his career, and he was a situational pass rusher for the Eagles during his five seasons.

He has had only 21½ sacks in five seasons and 46 total tackles in 2021, which was easily the most in a single season during his career.

The former Tennessee edge rusher played the most snaps of his career last season with 718, according to Pro Football Reference, which was 68 percent of the defensive snaps. He only played 60 percent of the snaps in 2020 in 13 games so his usage increased last season.