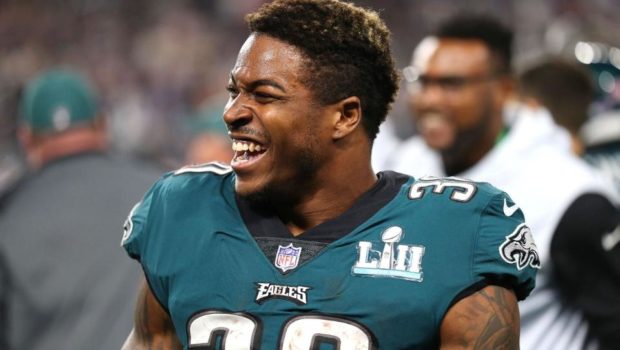 “There’s a lot of competition,” Eagles running back Corey Clement told Philly.com “Going head to head with Jay, Wendell, Pump and Matt Jones. And the new undrafted guy [Adams], I’m pretty sure he’s got fire up under his skin like I did last year. I definitely want to get more touches, more carries, more catches out of the backfield this year. I want to be more of a key contributor. I don’t think that’s being greedy. I have a job to do and that’s to put this team in the best position possible [to win].”

With Darren Sproles’ return, the chance for Clement to garner more touches is on the ground. He averaged just 4.2 rushes per game, including playoffs, during his rookie campaign, with just four games of more than six totes — none after Week 9.

The 23-year-old Wisconsin product said he’s targeting strengthening his lower body in hopes of being able to take on more carries.

“I’ve been doing a lot of lower-extremity exercises,” he said. “I haven’t focused as much on the upper body. Legs are more crucial to a running back. Being able to take the wear and tear as the year goes on. I want to add more strength and power in my legs. Get more of a pop. Be more fast and elusive out there.”