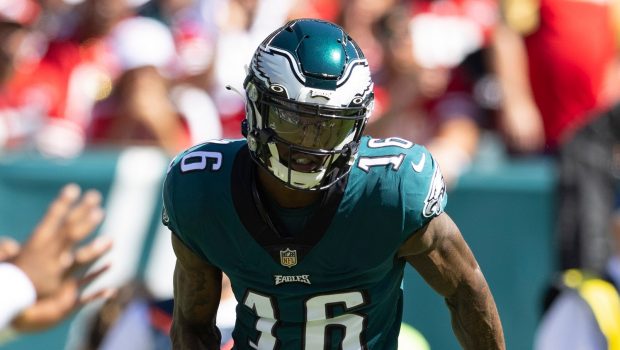 The leaping grab along the sideline on third down went for 19 yards and gave the Eagles the ball at the Giants’ 25-yard line.

But three plays later on a pass intended for Watkins, Hurts was intercepted by Darnay Holmes.