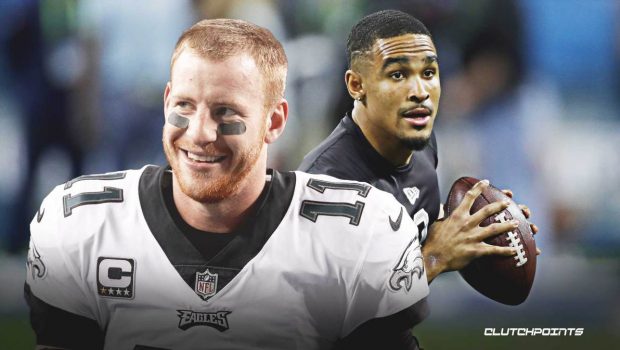 The 2020 pandemic season has gotten off to a rocky start for the Eagles, falling to 0-2 after two lackluster games.

Can they rebound? Sure, but stats say they have a paltry 12% chance of making the playoffs!

For consecutive weeks QB Carson Wentz has been poor — what’s up with Wentz? Two more interceptions Sunday, QB rating of 56.5% from a franchise player pulling down $30M per year. That won’t play in Philly for long.

I’ve heard the first month of this season is essentially the preseason, but the teams winning don’t have that problem.

Could it be that Wentz is not too comfortable knowing the Birds drafted a QB, Jalen Hurts, a new prototype NFL quarterback who can throw, get out of the pocket and run, such as Seahawks Russell Wilson and NFL MVP Lamar Jackson? Could be.

By the way, Hurts was suited up and elevated to backup QB before the game and got into the game for a few plays, so Wentz knows the situation right in front of his face.

Luckily the Eagles will get the 0-2 Cincinnati Bengals next Sunday to break into the win column, September 27th, 1pm/CBS.