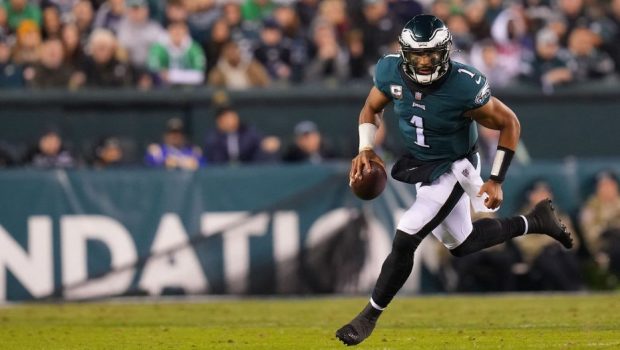 EAGLES QB HURTS IS THE KEY TO BEST RUNNING GAME IN THE NFL!

How much has Eagles quarterback Jalen Hurts improved?

Check out what the NFL’s own web site says:

Defenses like the Saints’ unit are changing the way they defend the Eagles, sending fewer rushers because they are fearful of Philadelphia’s running game.

That gave Hurts more time in the pocket against New Orleans, though he couldn’t fully take advantage on the way to 147 yards passing.

Hurts has what you can’t teach on the ground, with the third of his rushing scores (on 18 carries!) coming on a dazzling play that gave the Eagles a 40-burger.

The second-year second-rounder is the key to the best running game in the league.