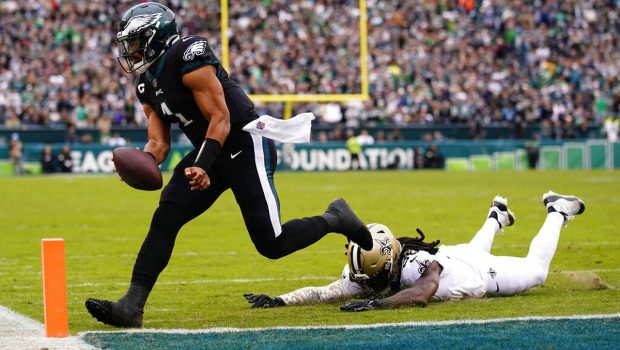 Eagles coach Nick Sirianni said today quarterback Jalen Hurts is nursing a sore ankle but he is “hopeful” Hurts will play in Week 13 against the Jets.

Hurts finished the loss to the Giants Sunday but posted one of his worst outings of the year, passing for just 129 yards while tossing the interceptions.

The Eagles get their bye in Week 14 so it’s possible that Hurts is given this week off to ensure his healthy to close out the season.

Gardner Minshew would draw the start in his place.