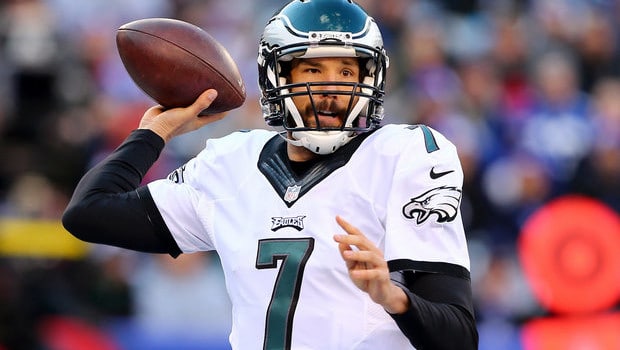 The viewers decided no, the Eagles hadn’t overpaid by about a 75-to-25 margin.

So, let’s break down Bradford’s value based on his stats:

$56,603 per completion: Every time Bradford has dropped back and completed a pass, he’s earned himself $56,603 — or the amount some people earn in one year. That’s not a bad rate for a guy who’s completed 60.1 percent of his throws in his career. Philip Rivers, by comparison, has made $43,879 per completion. Joe Flacco, by the same token, has made $34,610 per completed pass.

$1.2 million per start: Bradford has started 63 games, or about 10 per season. Those games, however, have been kind to his bank account. For each time he’s taken the field as a starter, he’s made himself $1.2 million. While that number is on par with most quarterbacks, guys like Alex Smith ($652,686) and Russell Wilson ($529,657) have made significantly less per start.

$5,277 per passing yard: Bradford’s 14,790 career passing yards are nothing to applaud, given his average of 234.8 yards per game. That number was higher this season (266.1) in Chip Kelly’s offense, but he won’t have the benefit of running that up-tempo offense this season. Instead, he’ll work under head coach Doug Pederson and offensive coordinator Frank Reich. Pederson didn’t have the highest-powered offense last year with the Chiefs, so Bradford’s numbers could dip a bit.