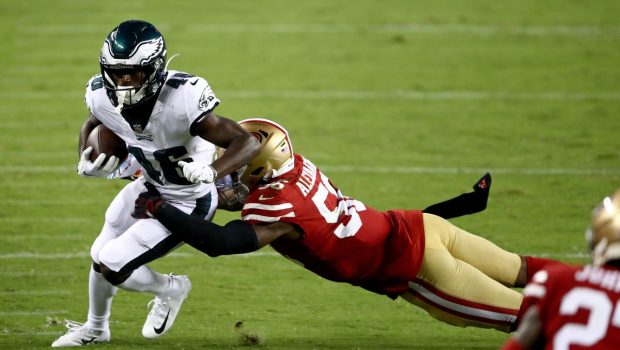 EAGLES PULL THE PLUG ON ROOK RUNNING BACK ADRIAN KILLINS

The Eagles waived rookie running back Adrian Killins, who had one carry and one catch in eight snaps against the Niners Sunday night.

A rookie free agent out of Central Florida, the 5-8, 177-pound Killins gained 2,459 yards on the ground, accounted for 864 receiving yards, and scored 34 total touchdowns.

He earned either first- or second-team All-AAC honors in each of the past three seasons.