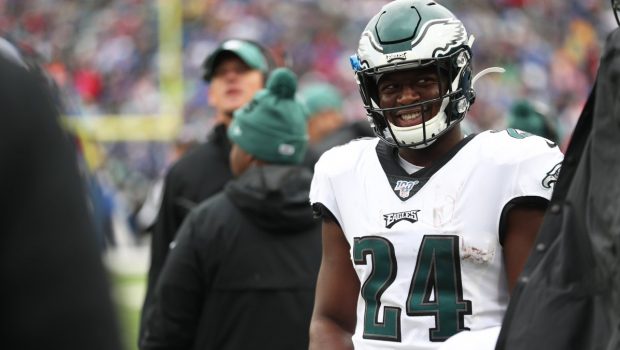 CB Jameson Houston – The 5-11, 200-pound rookie free agent played four snaps on special teams in his NFL debut against the Saints. With the injuries to cornerbacks Avonte Maddox (knee) and Darius Slay (concussion), the Eagles need to have options in the secondary.

RB Jordan Howard – Howard was called up for the Week 13 game in Green Bay and contributed 19 yards on four carries. Before returning to Philly, Howard scored four touchdowns in five games for the Dolphins.

LB Rashad Smith – Like Houston, Smith made his NFL debut by playing seven snaps on special teams against New Orleans. The Eagles hope to have T.J. Edwards back this week against Arizona.

T Prince Tega Wanogho – A sixth-round pick, the rookie offensive lineman has not played in a game this season.