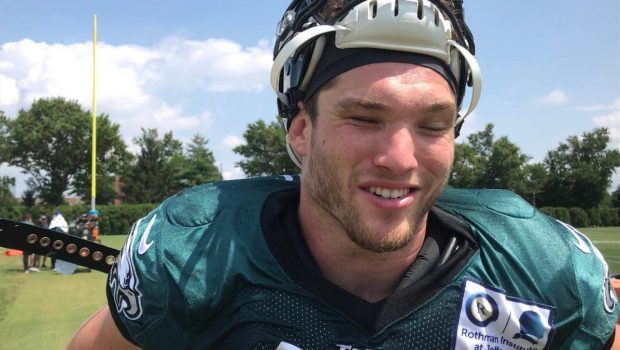 Tight end Alex Ellis has been promoted from the Eagles practice squad to the 53-player active roster.

The Delmar, Delaware native had three catches for 28 yards and a touchdown in the preseason. Ellis spent the 2018 season with the Kansas City Chiefs where he appeared in two games.

Philly is the fifth team that the 6-4, 236-pound tight end has been a part of since entering the league as a rookie free agent with the Titans in 2016.

The Eagles have three tight ends on the active roster as Ellis joins Zach Ertz and Dallas Goedert.