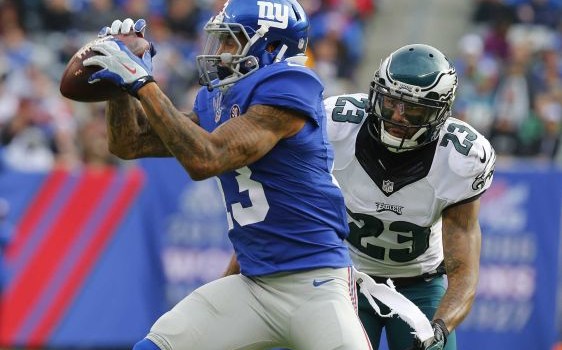 Eagles coach Chip Kelly says his defense is preparing to face Odell Beckham Monday night at the Linc, but:

Beckham hurt his hamstring against the 49ers last Sunday, but was able to return to the game for a few plays late in the fourth quarter. That hasn’t helped him get on the field at practice this week, however. Beckham didn’t practice Thursday or Friday, although coach Tom Coughlin said that practicing isn’t a prerequisite for Beckham playing on Monday night.

Beckham did some jogging while his teammates practiced on Thursday and deemed himself day-to-day when asked about his chances of playing. The Giants will release a final injury report for the game on Saturday, but they don’t hold their final practice until Sunday so Beckham’s status should remain unclear through the weekend.