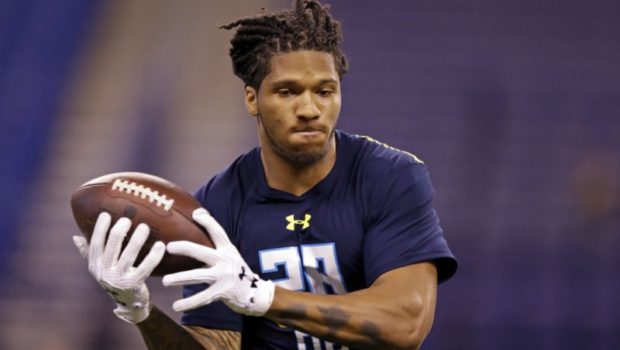 An NFL source in attendance at Washington’s pro day on Saturday told Shutdown Corner that Huskies CB Sidney Jones — a possible first-round Eagles draft pick in April — suffered what was believed to be a torn Achilles injury.

It won’t be confirmed until he undergoes an MRI, but it’s feared to be a ruptured Achilles, which is a significant injury.

It occurred on what was said to be the final rep of defensive back drills, which makes the news even more unfortunate. The 6-0, 186-pound Jones struggled in defensive back drills and didn’t turn in exceptional testing numbers at the NFL scouting combine and likely felt compelled to improve his performance on Saturday.

Sadly, all of that was undercut by an injury that suddenly puts his rookie season — and NFL draft stock — very much in question. The timetable for an Achilles recovery time can range from eight to 12 months, depending on the player. That likely makes Jones a PUP list candidate for whatever team drafts him, and he almost certainly won’t hear his name called in the first round now — especially given how deep this draft is at cornerback.

Jones started for most of his three years at Washington, intercepting nine passes in his career, and declared early for the draft after being named first-team all-Pac 12 for the conference champions.