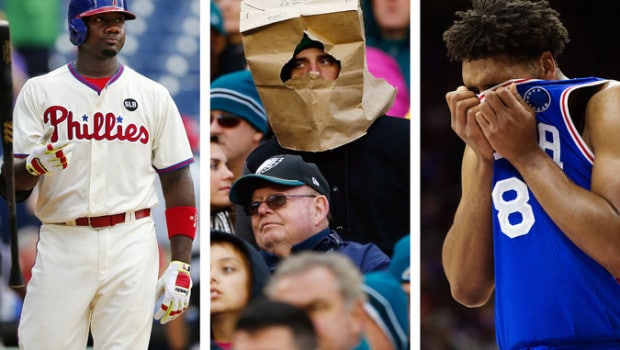 The mediocre Eagles (6-9) have fired coach Chip Kelly ahead of Sunday’s finale against the Giants. All of Philly’s pro teams could miss the playoffs for a second consecutive season. Defeat, so often excruciating here because the teams were good enough to break your heart, has lately become something else: grim and routine and fetid with historic ineptitude.

The Phillies needed a final-game victory to avoid 100 losses last season while posting the worst record in baseball. The tanking 76ers were 2-31 entering Wednesday and threatening the NBA record for incompetence that they established by going 9-73 in 1972-73. At their current pace, the Flyers will miss the NHL playoffs for the third time in four seasons. The Union of Major League Soccer have also contracted ordinariness, as if it were contagious.