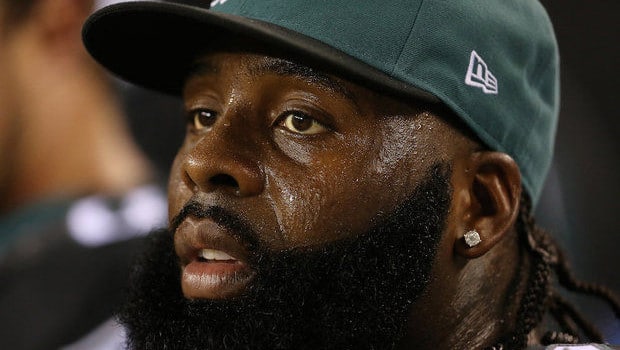 So, welcome back Jason Peters, who missed the three Eagles OTA’s, which were voluntary.

Was that at all to do with your contract?

Peters is under contract through 2018 but carries a cap hit of $11.7 million this season, and $11.25 million next season. Peters said that he wanted to take some time off this offseason, and that the Eagles didn’t exactly object to him sitting out the voluntary workouts.

“Somewhat both,” Peters said, when asked if it was his decision or the team’s for him to take some time away. “It was kind of my call, a 70/30 type of deal. I just wanted to rest a little bit this year and come back refreshed.”

“Whatever Howie [Roseman], and my agent work out will be fine with me. If I felt like I was getting beat too much, I’d just move inside [and play guard], whatever I can do to help the team. If I have to play guard, I’ll play guard.”