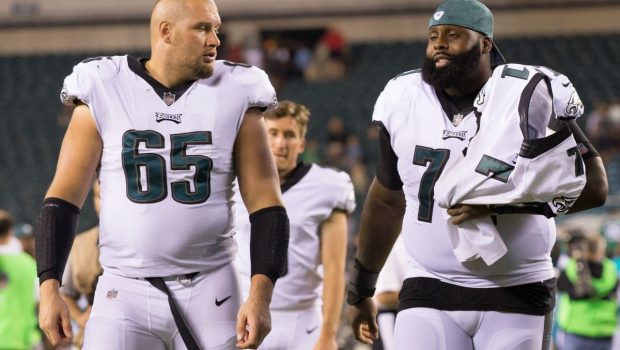 EAGLES JASON PETERS AT GUARD NEXT TO JOHNSON, WHO IDOLIZES HIM!

So, Jason Peters has never played guard, but that’s where he’ll be this season.

NFL Network analyst Brian Baldinger, who played both guard and tackle during his 11 seasons in the league, including in 1992 and 1993 with the Eagles, was with Lane Johnson at the Offensive Line Masterminds Summit in Frisco, Texas, and said Johnson is pumped about the prospect of playing next to Peters.

“JP has been Lane’s idol and mentor,‘’ Baldinger said. “I know he’s excited about playing with him. Knowing the shape Lane is in right now, it has a chance to be a really, really good right side. And Jason really wants to do this. He’s fully on board with this.”