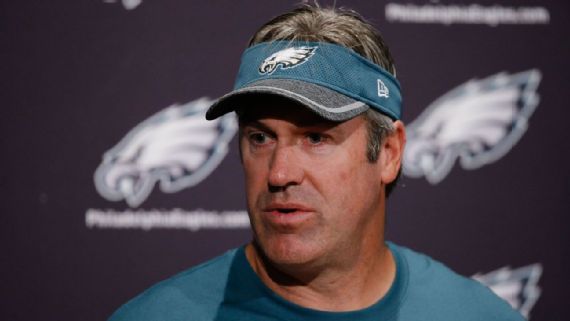 “I’m hoping it gets done,” Pederson said today of the contract negotiations. “Get it done. I’m fully confident it gets done.”

Asked if he would get involved with the negotiations at all, Pederson deferred.

“I’ll leave that up to Howie,” Pederson said of Eagles big boss Howie Boy Roseman. “I’ll focus on the three practices this week, and from there I’ll focus on training camp.”

Cox showed up to the team’s mandatory minicamp Monday for his physical and was a limited participant in this afternoon’s practice.

“We’re going to be smart,” Pederson said. “He’ll be limited in the amount of reps (he gets). With not being here, we don’t want to risk injury. It will be the same with (running back) Darren Sproles.”