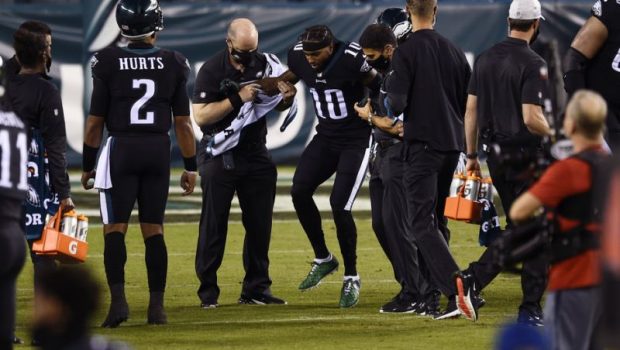 Chalk this up to the category of:

Eagles receiver DeSean Jackson has has caught 13 passes for 155 yards through four games this season due to injury.

But coach Doug Pederson teased a possible return for the three-time Pro Bowler.

“DeSean’s doing well,” Pederson told reporters. “Again, not going to put a timetable (on him). Optimistic that we get him back, but I want to make sure he’s healthy. But he’s doing well, doing good with everything, the rehab, the whole thing and would love to see him back out before this season ends, for sure.”

In his initial return from a hamstring injury earlier in the season he suffered a high ankle sprain and fracture in his leg.

The Eagles placed him on Injured Reserve on Oct. 26.