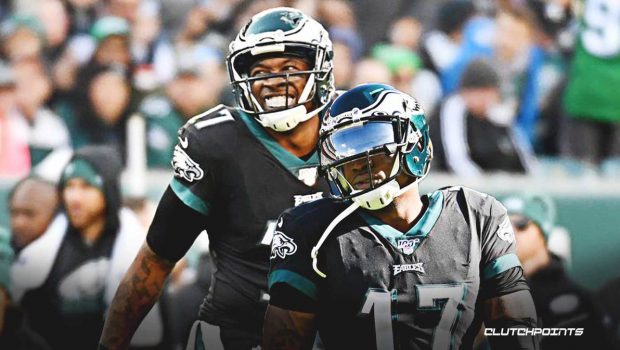 The Eagles like their rook receivers in training camp, but don’t discount Alshon Jeffery after his return from foot surgery.

“He’s working extremely hard. He’s doing his on-land running and we have increased that,” Pederson said on Zoom. “He’s looking really good and feeling really good. We are hoping to get him out there soon with the team at some point in the near future.”

The Eagles have made it clear that Jeffery will be a huge part of their offense once he returns from his Lisfranc injury.

Jeffery was placed on the Active/PUP list last month and the protocol states that if he is not cleared to play before the start of the season, he’ll land on the Reserve/PUP list and be out until Week 7.