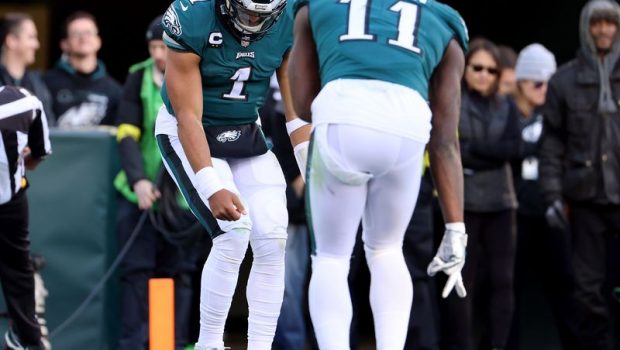 “This one meant a lot to me,” AJ Brown said.

“Early on, I had mixed emotions about the trade and everything, and I’d be lying to you to say I didn’t circle this game. … I wanted to make them regret that decision.”

“I think we can be very dangerous,” Smith said. “Teams can’t pick one certain thing how to defend against us.”