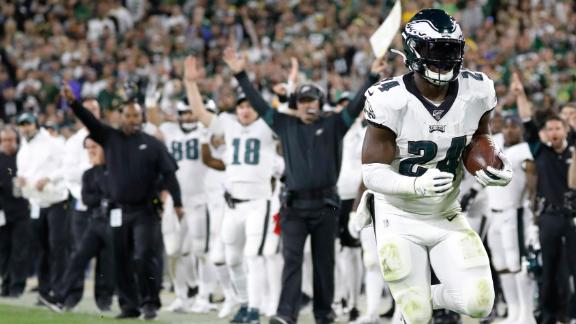 The Eagles’ 34-27 win over the Green Bay Packers snagged 17.7 million viewers on Fox and the NFL Network.

The best of any TNF that Fox has had (with the exception of the 22.2 million who tuned in for last season’s Week 13 New Orleans Saints-Dallas Cowboys game), the audience total goes up to 18.6 million when Amazon Prime and other digital platforms are factored in. Continuing the double-digit uptick, that’s 23% better than the total platform result of that 2018-2019 TNF season opener.