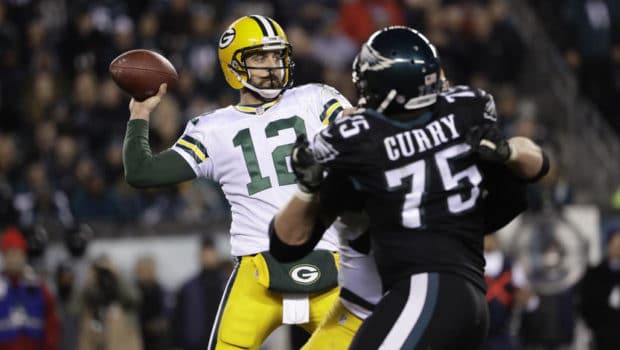 Considering that his Packers have a 3-0 record heading into tonight’s showdown with the Eagles, Green Bay quarterback Aaron Rodgers is surprisingly sounding an offensive alarm.

The Packers’ defense has notably carried this team to its 3-0 record thus far. According to Matt Schneidman of The Athletic, Rodgers feels his group must find a way to reciprocate on a weekly basis:

“It’s time for us to do our part on offense moving forward. We play a stretch of really good football teams & at some point, we can’t expect our defense to shut everybody down. They have been, but at some point the offense is gonna have to wake up & make some plays.”

Green Bay’s defense managed to overcome a modest performance from Rodgers after completing 17 of 29 passes for 235 yards and a touchdown against the Denver Broncos. They have now forced a league-leading eight takeaways while ranking third in sacks with 12.0.

Despite their dominance, there will be times where the defense will inevitably allow other teams to put some points on the board.

The onus will fall on Rodgers and the offense to then pick up the slack in order to secure a crucial win.