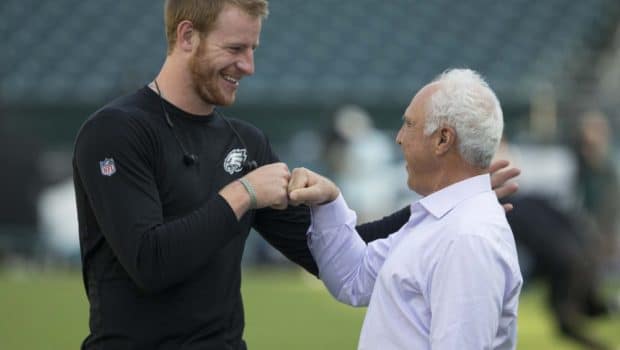 “If you’re looking at [QB] Carson Wentz, we do analytics,” Lurie said. “But it took a lot more than analytics to decide that we were going to select Carson.”

“So you look around the league,” Lurie said. “We see the good, young quarterbacks, how they do in their second year, how the teams do in their second year. It’s not so much these young quarterbacks don’t evolve. I think there’s a similarity to the way [Titans QB] Marcus Mariota, [Raiders QB] Derek Carr, [Buccaneers QB] Jameis Winston, you name it, the ones that are successful, you can see Year One, Year Two, Year Three.”