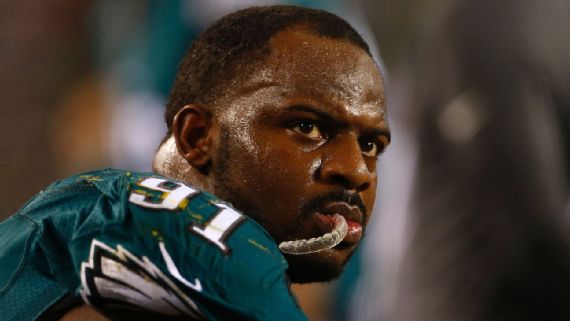 EAGLES’ OVER/UNDER PLUNGES TO 7 BECAUSE OF TOUGH-ASS SCHEDULE

Not helping matters is a schedule evaluated as the NFL’s fifth toughest.

Add in a probable quarterback controversy and you have the recipe for a team the public will pound on the under.

The passing game is a major concern, but the Eagles could quietly have one of the better running games in the league and their defensive front seven and safety play should be ferocious under Jim Schwartz.