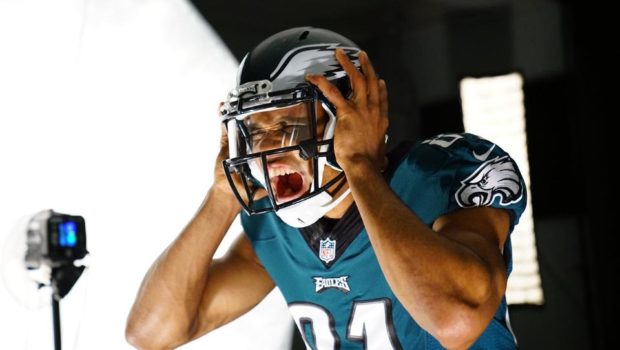 I know it’s only June 14, and Eagles’ training camp doesn’t start until July 28 with the regular season kick-off against the Browns not until Sept. 11.

But here’s who I think will make the 53-man roster:

Bradford isn’t going anywhere, so no surprises here. Daniel is the backup and Wentz the franchise quarterback in waiting.

This might be a little light in the backfield Mathews is injury prone, Sproles is strictly a change-of-pace back and Smallwood is a rookie. That being said, it’s difficult to justify a space for Kenjon Barner when the Eagles could probably stash fellow Oregon product and undrafted rookie Byron Marshall on the practice squad.

With the recent allegations levied against Agholor (and we’ll reserve judgment until the investigation is complete), it seems only Matthews’ job is completely safe. Then again, there simply aren’t many established talents or top prospects on this roster at receiver, so Huff, Randle and even Givens own the inside track. A viable alternative could emerge if somebody posts a strong showing on special teams.

Ertz and Celek were extended during the offseason, while Burton is perhaps the club’s most dynamic special teams contributor. If Pantale proves effective in that phase as well, it appears he stands to earn a roster spot as well based on the looks he was getting at fullback.

One of the most interesting decisions the Eagles will have to make is with regard to their backup linemen. Starters Peters, Kelce, Brooks, Johnson as well as draft picks Seumalo and Vaitai all seem like definite keeps, probably the veteran Wisniewski too. That means the likes of experienced players such as Barbre, Gardner, Dennis Kelly and Matt Tobin will battle prospects Malcolm Bunche, Josh Andrews, Barrett Jones — all holdovers from the previous regime — over the final spot or two. Mix in a few undrafted rookies, and it becomes a difficult position to forecast.

Barwin, Graham and Curry form a strong rotation, and it seems the new coaching staff is prepared to give Smith one more shot. McAllister may be a seventh-round pick, but has high upside the Eagles may want to protect with a roster spot. Braman is a defensive end in title only, and really just here for special teams, an aspect that may loom large for a first-year head coach.

If anything should happen to Cox or Logan, the Eagles might be in trouble. Martin, a former third-round pick, has been around the league, but hasn’t accomplished much, and it was hard to find a clear-cut fourth on this roster. A scheme change could unlock Allen’s potential, but don’t be surprised if the club scours the waiver wire come September.

The starting three (Kendricks, Hicks, Bradham) look good, provided they can stay healthy, and Goode is a competent reserve who pitches in on special teams. Beyond that, the depth chart gets thin, which seemingly provides an unusual amount of job security for seventh-round draft pick like Walker. If a veteran isn’t added between now and September, the final spot could come down to fellow undrafted rookies Tavarres and Quentin Gause out of Rutgers.

The starters may be unclear, but the Eagles have plenty of talent at corner. Rowe and Carroll and the incumbents, but McKevlin and Brooks have experience in defensive coordinator Jim Schwartz’s system. Mills, yet another seventh-round pick, had an exceptional offseason, and Shepherd was in line for the nickel role as a rookie last season before succumbing to a torn ACL. Six corners might be a little uncommon, but it should be noted Carroll can be released at no cost to the organization if his recovery from a broken ankle isn’t on schedule, while McKelvin, Rowe and Mills all have experience at safety.

With the star-studded pairing of Jenkins and McLeod, and corners who can play the position as well, the Eagles can afford to be a little light on the back end. Maragos is a veteran and a special teams ace. Countess is a sixth-round pick the team won’t want to risk losing to waivers in the transition to the practice squad.

There’s not one, but two job competitions between specialists. For now, we’ll give the nod to Sturgis over Cody Parkey at kicker, although if the latter can demonstrate he’s healthy, the Eagles probably lean the other way. DePalma is the rookie long snapper gunning for Jon Dorenbos’ spot, which provided the battle is even close likely means the soon-to-be 36-year-old is out after 10 seasons with the team.