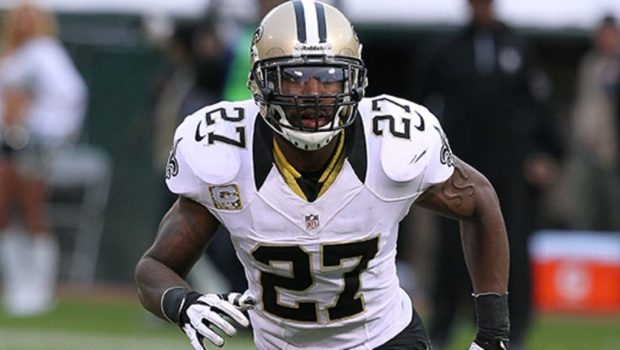 Former Eagle and Philly fan fave Malcolm Jenkins comes marching in to the Linc as a Saint.

The Saints have covered 11 of their last 13 road games and opened as 6.5-point favorites.

The opener of Saints -6.5 didn’t last for long. New Orleans was quickly bet to -7 and could break through that key number as the week goes on. This could be the second time this season that the Eagles are home underdogs of a touchdown or more, but just the third time since 2005.

Drew Brees is eligible to return from injury this week for New Orleans, but the Saints are expected to play it safe and give Taysom Hill his fourth straight start instead.

Hill is 3-0 since Brees suffered 11 fractured ribs and a collapsed lung in Week 10 against the 49ers, throwing for two touchdowns and running for four more during that span. New Orleans’ offense was incredibly balanced with Hill at the helm Sunday in Atlanta, netting 217 yards through the air and 207 on the ground.

The Saints are now 8-0 SU without Brees at QB the past two years, and the defense is probably the biggest reason why. New Orleans surrendered just its second touchdown in its last five games Sunday, averaging less than 10 points allowed per game during that stretch. Unsurprisingly, the UNDER has cashed in each of those games, which have seen an average of 37 points scored.

Wide receiver Michael Thomas has benefited from the switch to Hill at quarterback, cracking the 100-yard plateau in two of Hill’s three starts after being held to 51 yards or less in three games with Brees at the helm. Thomas is also receiving 38 percent of Hill’s targets over the past three games.

Hurts entered the game midway through the third quarter with the Eagles trailing 20-3 and tossed a 32-yard touchdown pass to Greg Ward on fourth-and-long, part of a rally that saw the Eagles trim Green Bay’s lead to 23-16 before eventually falling 30-16.

Hurts added 29 rushing yards, although he completed just five of his 12 passes for 109 yards and threw a late interception. Pederson told reporters Monday that he had not yet decided whether he’ll start Hurts against New Orleans or return to Wentz, who was 6-for-15 for 78 yards and was sacked four times against Green Bay. With Wentz as the starter, Philly has gone UNDER the total in six straight games overall and in 11 of its last 13 at home.

The Eagles could be without cornerback Darius Slay and right guard Jason Peters this week after they left the game in Green Bay with injuries. On the bright side for Philadelphia, first-round pick Jalen Reagor might be emerging as a big-play threat, catching a 34-yard pass and returning a punt 73 yards for a touchdown against the Packers.