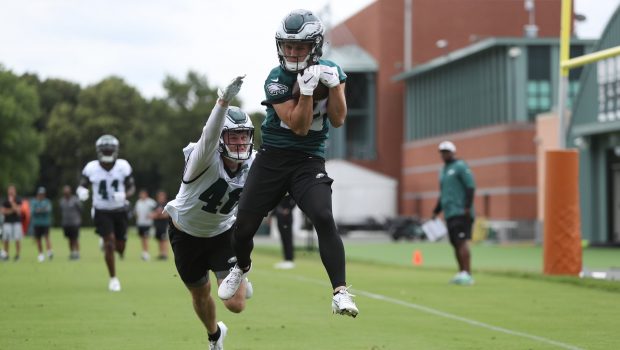 Eagles camp opens today at NovaCare in South Philly, and we are all agog at the Birds chances to make a deep playoff run.

One undrafted free agent stands out, according to ESPN’s Tim McManus:

The 25-year-old undrafted rookie receiver out of Utah created some buzz this spring.

At 5-foot-8, 170 pounds, he doesn’t exactly have a size advantage, but that didn’t stop him from wreaking havoc last year for the Utes, including on special teams as he returned two punts and a kickoff for touchdowns.

Competition for roster spots should be fierce at receiver, with Jalen Reagor, Greg Ward and John Hightower among those vying to make the squad along with A.J. Brown, DeVonta Smith, Zach Pascal and Quez Watkins.

But the coaches like what they’ve seen out of Covey so far, and a strong summer could convince them to keep him around.