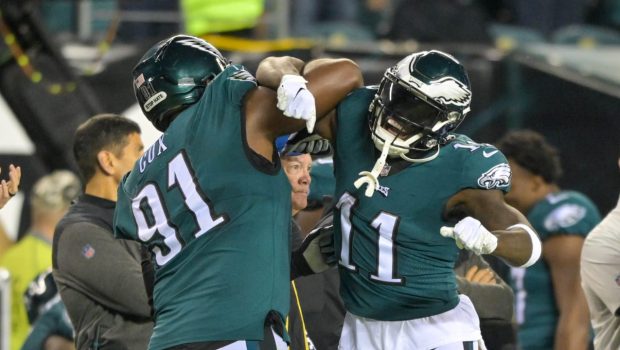 The Eagles are the NFL’s only undefeated team at 6-0, but even if they end up winning the Super Bowl, they’re likely to be in position to add one of the elite players in the 2023 NFL draft.

That’s because in addition to their own first-round draft pick, the Eagles own the Saints’ first-round pick.

And after the Saints fell to 2-5 on Thursday night, that would currently be the No. 4 overall pick in the 2023 draft.

For the Eagles, it’s a great position to be in: Even if they have the 32nd overall pick in the 2023 NFL draft, they’re also going to have a high pick, perhaps in the Top 5.

Eagles General Manager Howie Roseman has set up his team to win this year, and to keep winning in the future.