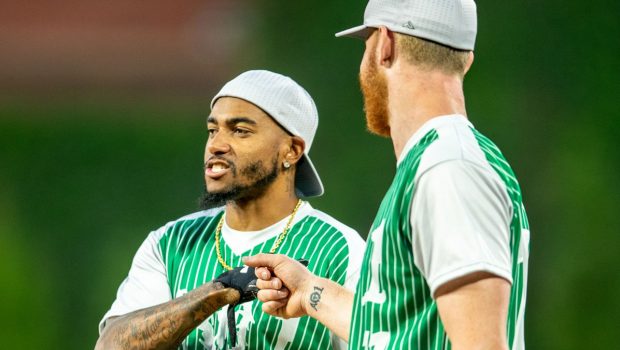 EAGLES OFFSEASON MOVES GIVE THEM SHOT AT ANOTHER SUPER BOWL!

The Eagles 2019 mini-camps have brought us lots of optimism, starting and ending with franchise QB Carson Wentz.

Wentz appears to be completely healthy for the first time in two years, healing up from knee surgery and back ailments. Of course having a top-tier triggerman is a must to compete for Super Bowls, great news for Eagles fans!

Also three months ago they traded a 7th- round pick to Tampa Bay to bring back fan favorite and speedy DeSean Jackson. D-Jax and Wentz have been working on that important chemistry aspect of throwing the ball downfield. Jackson will be the first long ball threat Wentz has had as he enters his fourth NFL season as the Birds QB.

Both offensive, defensive lines have been beefed up in the off season. Defensive Tackle Malik Jackson was signed in free agency, Tim Jernigan was brought back and signed to a 1-year deal.

Brandon Brooks injury in last season’s playoff loss to the Saints was significant, but the right guard has been working hard to get back to playing form. It’s still up in the air as to Brooks availability when the start of the regular season begins in September.

Safety Malcolm Jenkins also is seeking a raise with a new contract, and next week’s mandatory mini-camp opens for three days. If Jenkins doesn’t show up he’ll be fined a total of $88,650! I can’t see the Eagles getting into a big battle over money with their best team leader and super defensive player.

Eagles will open training camp the end of July with a team that can compete for a Super Bowl title again, reason for optimism as training camp gets closer.