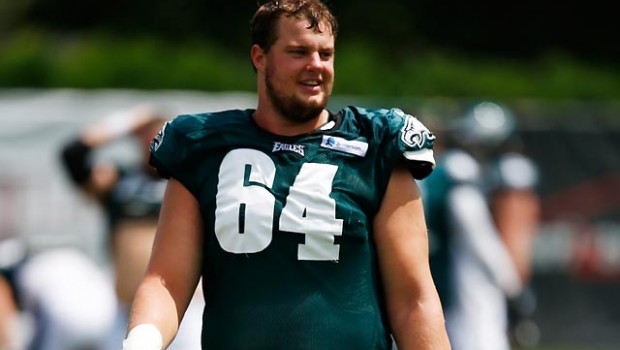 With free agency approaching, the Eagles have moved to keep one of their offensive linemen, tendering a one-year contract to guard Matt Tobin, who is scheduled to be a restricted free agent.

The Eagles will have the right to match any outside contract offer that Tobin receives and, depending on the level of the tender, could receive draft-pick compensation if Tobin leaves for another team.

A former walk-on at the University of Iowa, Tobin signed with the Eagles prior to the 2013 season as an undrafted free agent. In three seasons, he’s appeared in 30 games for the Eagles, starting 20 of them. He saw extended action as a starter in 2015, with injuries to Allen Barbre and Andrew Gardner resulting in 13 starts.

Tendering a contract to a restricted free agent is a fairly procedural move for NFL teams this time of year. The free agency period officially begins on Wednesday, March 9, but teams can begin speaking to the representatives of unrestricted free agents two days earlier on March 7.