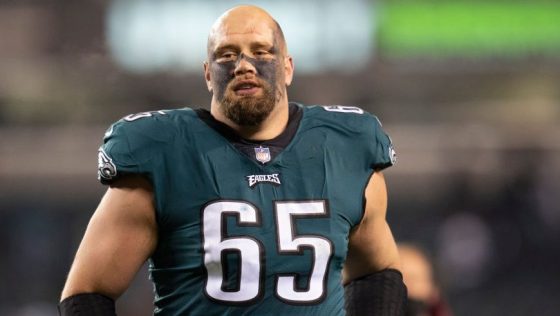 The Eagles offensive line had another stellar game Sunday in the 34-10 win over the Giants.

Lane Johnson was the standout, as he not only came down with a touchdown pass early in the fourth quarter, but he also pitched a shutout with zero total pass-block losses.

Most of the other Eagles’ front five had as much success as Johnson did on the pass-protection front, too, as four of the five starters didn’t allow a single pressure and combined for one pass-block loss.

In total, the Philly OL allowed just three pressures, all of which were from right guard Nate Herbig, and they finished the game with the best PFF pass-blocking grade of the week.