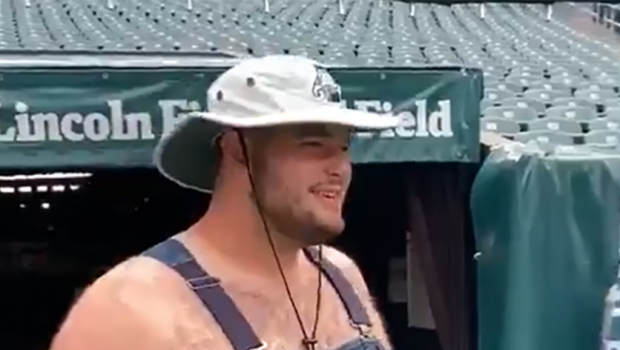 Eagles right guard Brandon Brooks left the game after the first play of the second quarter, and rookie Landon Dickerson played for the first time since a token appearance in the 2020 CFP championship game in January. Dickerson tore his ACL during the SEC Championship in December.

“I mean the first time I got to practice with Landon was this week,” right tackle Lane Johnson said. “I’ll get more reps with him coming in this week and maybe (Nate) Herbig, I’m not sure what’s going to happen.”

“I think he adjusted well during the second half, Johnson said. “He is a massive human being. When he starts figuring out that he’s is so big and strong he can start holding his own. But, we’re going to go back and watch the tape.”