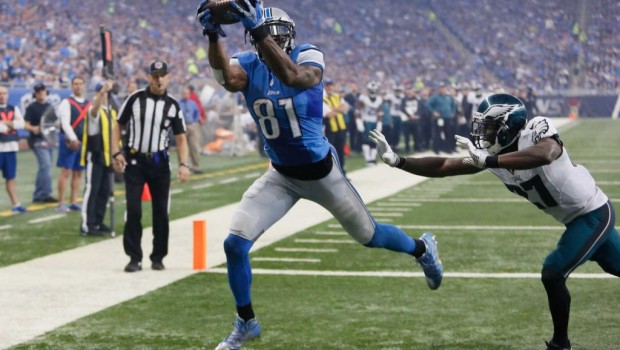 After Nolan Carroll broke his ankle Thursday, Rowe stepped in at outside cornerback and that is where it sounds as if he’ll remain for the final five games of the season.

“It’s time for him to go out there and see what we have,” Davis said of Rowe prior to Tuesday’s practice at the NovaCare Coplex. “He played 14 snaps matched up on Megatron last week. He caught four of them.

“I think Eric grew a little bit. Two of those catches were in the field when Eric was way too soft and far off the line of scrimmage. We talked about it. He just has to get up there, believe in himself and challenge him. He had two in the red zone. I think Eric is one of our best fade stop players in the red zone.

Johnson totaled eight receptions for 93 yards and three touchdowns Thursday, but Rowe was only in coverage for four of those catches and two touchdowns.

Rowe’s assignment in his first NFL start as an outside cornerback comes against Tom Brady who is not only a sure-fire Hall of Famer, but also one of the best quarterbacks in the game at changing the play at the line of scrimmage.

While Rowe won’t draw a match up against a receiver of Johnson’s caliber or size this week, there are games looming on the schedule over the final five games against the likes of Larry Fitzgerald and John Brown with the Arizona Cardinals, DeSean Jackson with the Washington Redskins and Odell Beckham Jr. in the season finale against theGiants.

The Eagles returned from their Thanksgiving break on Tuesday, and they did so with their starting quarterback back to work.

“We picked him for his ability,” Davis said. “His speed. His ball-skills. His length. When you have a monster like you have in Megatron, that isn’t a bad match up. Most of the time he had help, but I can’t give him help on every snap because there are other scenarios. He had help a lot. He actually did better without the help. He had better snaps when he didn’t have the help than when we gave it to him.”