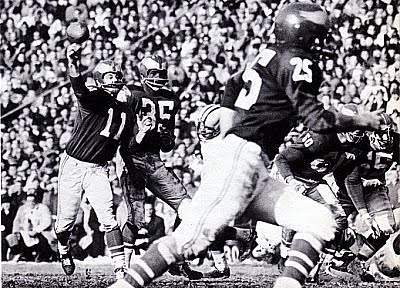 25) Norm Van Brocklin is the only Philly quarterback rated in the top 25 by NFL.com

A part-time starter for one of the NFL’s greatest offenses of all time in 1950, Norm Van Brocklin set a passing record of 554 yards in one game the following year. It still stands, remarkably.

After being traded from the Rams to the Eagles in 1958, Van Brocklin went on to be selected first-team All-Pro, win MVP, and become the only team to ever topple the Lombardi Packers in the title game — all in 1960.

Then he retired. What a way to go out.