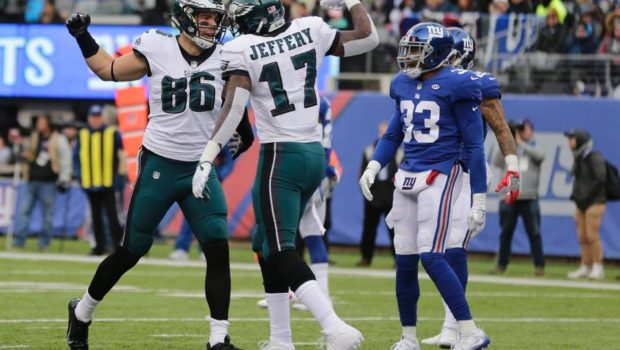 The Falcons stayed alive in the NFC playoffs push with their 24-21 win last night over the Bucs, with the Eagles perched at No. 1:

NFC
1. yz- EAGLES (12-2): NFC East champion. They survived the Giants to ensure themselves at least a first-round bye.

5. Carolina Panthers (10-4): Wild card No. 1. Technically tied for first place but getting swept by Saints keeps Panthers on wild-card path.