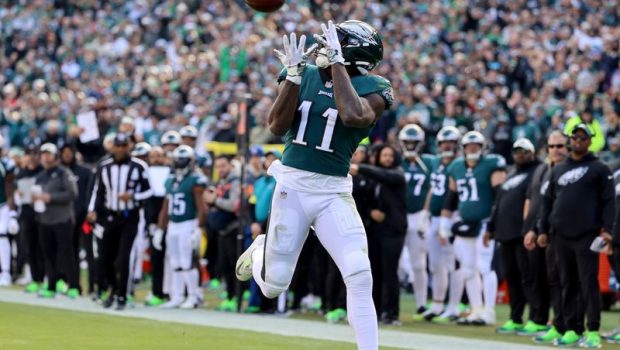 The Eagles are still not getting respect from ESPN’s computer, which somehow still thinks the Dallas Cowboys have a better shot to win the Super Bowl, even after they struggled the other day to scrape out a win against the lowly Texans.

No matter, USA Today has brought us back to reality in its NFC rankings:

The first team to punch its playoff card for 2022, making it two years in a row under coach Nick Sirianni.

Philly also picked up breathing room in its bid for a bye and home-field advantage thanks to Minnesota’s loss.

Remaining schedule: at Bears, at Cowboys, vs. Saints, vs. Giants

Then comes the Vikes, Niners and Bucs, followed by:

If they overlooked Houston, at least they survived.

Can’t do the same next weekend in Jacksonville if they want Week 16 date with Philadelphia to be meaningful as it pertains to NFC East implications.

Remaining schedule: at Jaguars, vs. Eagles, at Titans, at Commanders