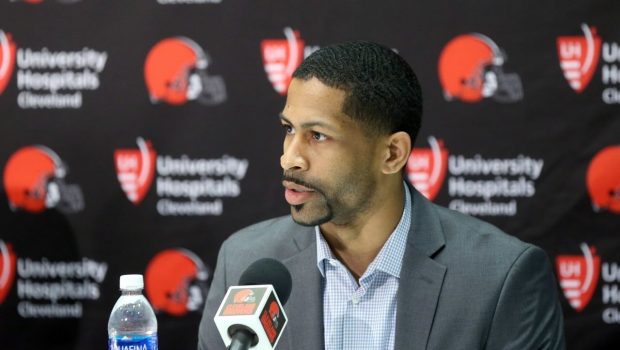 EAGLES NIX PANTHERS: STAY AWAY FROM OUR ANDREW BERRY!

The Carolina Panthers had requested permission to interview Eagles VP of football ops Andrew Berry to be their new VP.

And, according to Ian Rapoport of NFL Media, the Eagles have denied permission.

The Browns also requested permission, but the Eagles can’t deny that interview since it is for a General Manager job.

Berry will interview with the Browns later this week.

He spent 2016-18 as the Browns’ vice president of player personnel.