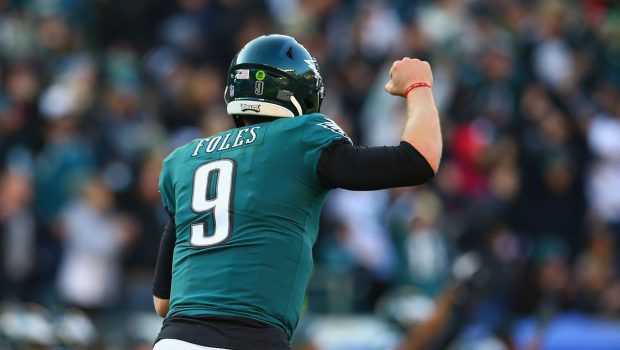 The Eagles took the first step by picking up Foles’s $20 million option.

Foles then agreed to pay the Eagles $2 million to become a free agent, which gave the Eagles the chance to get draft-choice compensation for him.

They could place the franchise tag on him and then trade him.

If they don’t franchise him, they could receive a third-round compensatory pick in 2020.

My prediction is that the Eagles will franchise him and trade him to the Jaguars for a third-round pick in this year’s draft.

y doing that, the Eagles control where he ends up, preventing him from going to their division rivals in Washington and New York.