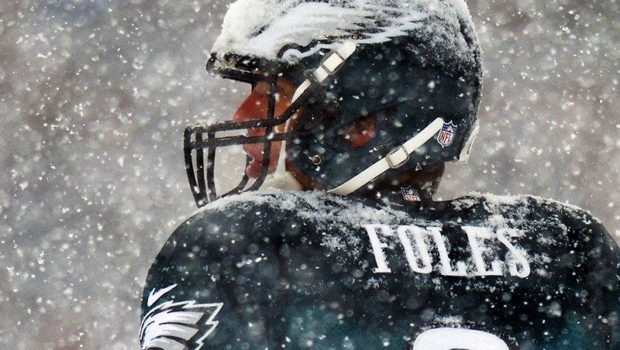 WHY EAGLES’ NICK FOLES IS A GREAT FANTASY PICK FOR DESPERADOS!

It’s bizarre to suggest Eagles quarterback Nick Foles as a fantasy option, but considering the success the Eagles offense has had so far this year, it’s not unreasonable.

The Birds’ offense has been built more around the run/pass option than that of any other team in the league this year, and that’s the same way the offense was built in 2013, when Foles improbably had one of the best quarterback seasons we’ve seen in a long time.

Foles won’t emulate Carson Wentz, but the offense is structured in such a way — and has so many viable weapons at every position — that Foles could easily be a mid-level streamer for a desperate fantasy player.

0 thoughts on “WHY EAGLES’ NICK FOLES IS A GREAT FANTASY PICK FOR DESPERADOS!”