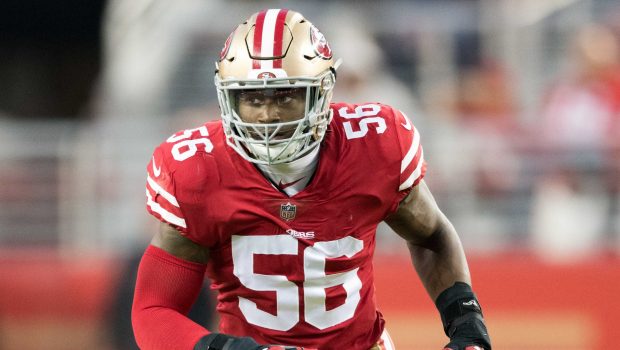 The Washington Redskins are the Eagles next opponent Monday night at the Linc.

But first they have to learn that old maxim:

When you’re in a hole, stop digging!

After his name was on the initial statement from the team, Redskins senior VP Doug Williams then appeared on The Team 980 to expound on the addition of former first-rounder Reuben Foster, who was arrested on domestic violence charges before the 49ers released him.

Like coach Jay Gruden, Williams said the team knew there would be backlash. “Rightfully so,” he said.

“I’ve got six daughters, so it ain’t something I would condone,” Williams said, via John Keim of ESPN.com. “But at the same time, I think we are in the business of at least looking into [Foster’s case]. I could sit here, and I won’t, name a bunch of teams that took on players that got a lot of baggage that nobody’s saying anything about.

“You can’t get into nitpicking what they do and what you do. You gotta look at it from your standpoint. There was a lot of thought that went into it. It wasn’t just a spur of the moment type of thing. We all gathered, we talked about it, we knew there was going to be some risk-reward involved in it.”

But just in case “other teams are doing it too” wasn’t enough of a defense, Williams broadened his scope in an effort to defend an unpopular position.

At this point, what’s abundantly clear is that team president Bruce Allen is perfectly content to let his subordinates do the talking on this issue (since it’s clear owner Dan Snyder won’t), and that Williams isn’t making things better by saying more words about a topic the league clearly hasn’t wrapped its arms around.

Ray Rice was made an example of after his domestic violence was caught on tape. Other players have been treated far differently, such as when the Giants extended kicker Josh Brown while knowing about charges against him, only to see him suspended for one game by the league (the NFL later circled back and made it six). Brown was later released and hasn’t played in the NFL again.

Foster has apparently been deemed more valuable than a kicker, and Williams is willing to put his reputation on the line for someone accused of things he deemed “small potatoes.” And those words will likely stick to Williams, no matter how many daughters he has.